The “most basic” safety recommendation made after the Marchioness disaster has yet to be implemented, the Port of London Authority (PLA) has said.

On 20 August 1989, 51 people died when the Thames riverboat sank after being struck by a dredger near Southwark in the early hours of the morning.

An inquiry into the disaster ordered historic vessels on tidal rivers be brought up to modern safety standards.

“It is high time this was acted on,” the PLA said.

A vigil was held beside the river on Monday evening to pay tribute to those who were killed in the tragedy.

The Maritime and Coastguard Agency has put forward safety proposals on boat buoyancy in historic vessels after a collision.

Modern vessels’ hulls are required to be divided into watertight compartments, so any flooding resulting from a breach can be more easily contained.

It has been claimed introducing these measures for historic boats that sail on the Thames – some of which were used in the Dunkirk evacuation of World War Two – could reduce seating and cost smaller commercial vessels revenue, forcing them off the river.

The Marchioness Disaster and its aftermath

The inquiry into the Marchioness disaster, held in 2000 with a report published in February 2001 by Lord Justice Clarke, made 30 river safety recommendations.

They were all accepted by John Prescott, the then deputy prime minister.

Requirements to introduce an air-traffic control style system to track vessels and flashing lights on bridges have since been introduced. 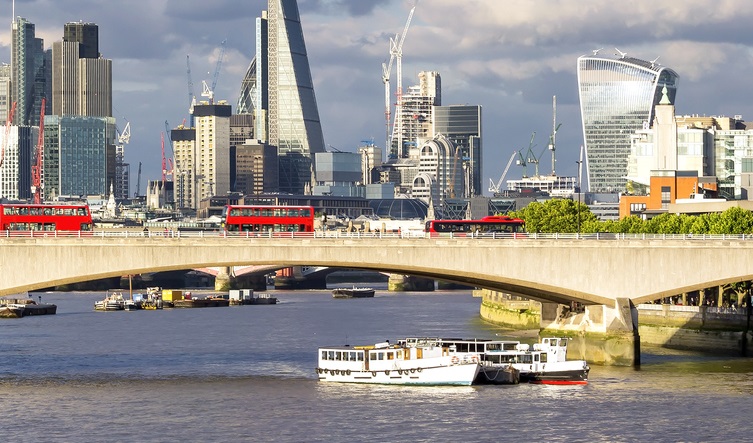 Passenger vessel incidents on the Thames

Source: Port of London Authority (figures relate to tidal sections of Thames from London to Gravesend)

But some of the boats still operating on the Thames that have been in use on the river since the disaster of 1989 – and in some cases long before that – have not undergone the sort of changes experts would like to have seen.

“It is quite extraordinary that 30 years after Marchioness the most basic recommendation from that tragedy has never been implemented,” Robin Mortimer, the PLA’s chief executive said.

“These new standards may not have prevented the Marchioness disaster but you’ve got to decide if the safety recommendations are important enough.

“There’s a good evidence base that older vessels are more involved in serious incidents, so they should be up to modern standards.”

But forcing historic boats “which have never had an accident” off the river would lead to closures of London’s boatyards, Conservative London Assembly Member Tony Arbour warned.

“If they are unable to afford to carry out the works which are required by these proposals, we will lose those boatyards,” he said.

Tower Lifeboat Station is the busiest in the UK, with a lifeboat launched every nine hours on to the Thames according to the RNLI.

The campaign group Save London’s Passenger Boats, which is representing many of the operators of historic vessels running tours on the Thames, declined to comment.

On Monday, survivors and families of the victims joined a procession from Southwark Cathedral to Bankside where a short service was held.

Odette Penwarden, 72, who was onboard the Marchioness, said it felt “like going inside a washing machine” as “the boat started to tip over” and “water came rushing in”.

“I could feel myself losing consciousness, but I had an image of my mother and I decided I needed to get myself out,” she said.

Andrew Dennis, who lost his brother and four friends in the disaster, expressed his “disbelief” that boats and bridges on the river do not have more safety lights.

“You should be able to see all the arches of the bridges, all the outlines of the boats. That still riles me all these years later,” the 54-year-old said.

View all posts by Plumbers St Leonards On Sea